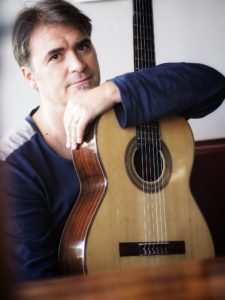 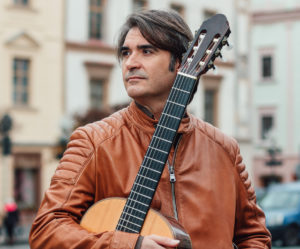 Rafael Serrallet is a charismatic performer who has the ability to merge with his guitar during performances, leaving the audiences breathless. His music is “surprisingly delicate and full of extraordinary charm, tenderness, beauty and perfect softness” (Day-Kiev). However, his most significant skill lies within his amazing control of the tempi and the ‘silences’ that express both the music and his “articulation of extreme clarity” (Scherzo. Madrid). His powerful performances are inspired from a profound and reflective knowledge of the repertoire. He always performs with respect to the scores whilst injecting a very personal and emotional interpretation that reaches the heart of the music. Ultimately, it is his personality on stage and the natural connection he has with the audience that makes Rafael an exceptional and charming concertist.

Among the many concert halls he has performed in, he can highlight; The Lincoln Center and Carnegie Hall in New York, Liceo of Barcelona, Maestranza of Seville, Konserthus in Oslo, the National Theater of Croatia, Lutowslasky Hall of Warsaw, Esplanade of Singapore, Petronas Filharmonik in Kuala Lumpur, Theater Mohamed V in Rabat, Cairo Opera House, Teatro Nacional in Panama, Cultural Center of the University of San Marcos in Lima, Teatro Nacional in Managua and the Piata Mare in Sibiu, where he has performed on an outdoor stage in front of thousands of people.